You are Welcome to Join Mari State Medical University
“Become a doctor in the best, WHO & MCI acclaimed medical college in Russia.”

Mari State Medical University instigated in 1972 is one of the recognized universities, based in the capital city of Mari EI Republic. The quality of the medical education at the Mari state medical university is obvious from the gold medal delivered by European quality. The university is accredited by the ministry of education and science of the Russian Federation and also by the MCI and WHO that means the degree awarded by this university is valid in the Europe, India and any other country in the world and thereby is favored among the foreign students to study MBBS in Russia. Mari State Medical University is associated with the Volga Region’s association of classical universities too and hence is also perceived as the most influential classical university in the region. 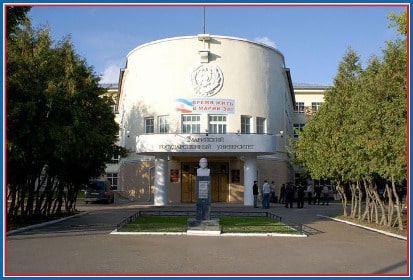 The university has set the student feedback system within the university that helps the faculty to improve the system and make it more congenial to the local as well as international students.The university is widespread in the 128,000 square meters and has the capacity to cover more than 8000 students for the medical education. Total 7 educational buildings are developed in lectures and practicing of the students, whereas 8 halls are there for conducting seminars and occasions. The staff embraces 100+ doctors teach medical subjects in Russian or English medium.

Mari State Medical University follows US education system and therefore the entire medical course of the university is designed as per the US regulations, which is more practical based. The course is about 6 years for the students who elect English as the medium of instruction, whilst the evaluation of the course if semester based. Other than, frequent tests are conducted by the faculty to check the level of the respective student and accordingly focus on them. Other than the medical subjects, Mari state medical university provides training for the MCI examination during the course and to ensure student does not face difficulty during the examination. The faculty of this university is experienced and highly qualified and hence the level of medical education high. The staff is cooperative and all time available to solve the queries of the students during the university time as well as different seminars, competitions are conducted to improve the knowledge of the students.

The university has paid utmost attention towards the need of the local and international students. The university provides a different level of the hostel alternations to student ranging from basic to premium so as a student can find the one as per its budget. Continue drinking water, hot water, heater, bed, and the cupboard is the common amenities in every room, whereas fridge, AC, and TV are available in the premium rooms only. Each hostel has 24 hours security to ensure the safety of the students. The in-house canteens serve healthy and tasty food to the students as well as there are some of the canteens which serve different Indian dishes on the regular basis. Besides, we own hostels and canteens nearer to the university campus to give you the highest level of comfort and Indian food.

Yoshkar Ola is situated on the bank of Malaya Kokshaga River in Russia, the nature and beauty of this city have made it renowned as a European fairytale in the middle of provincial Russia. The city is the capital of the Mari EI republic, which was once a part of the Kazan ranks 74th largest city of Russia by population. The mainstay of this city is the industrialism, machine buildings, timber, wood, food processing are the common base of the industrialism. Besides, shuttle traders are a substantial economy of this city which notably contributes to the Russian economy too. The Yoshkar Ola temperatures vary from -30° C to 35 °C throughout the year, however, winters are longer and colder than the summer and thereby it is the best destination for the cold lover.  The trolley bus, bus, the minibus is the common medium of commutation within the city, other than you also can find a private taxi for the same. For the international traveling, Kazan airport is almost 120 km nearer from the Yoshkar Ola city. The city is heritage and hence you can find many heritage places to visit during the holidays. Other than, cultural activity, theatre performance, classical works; modern works are some of the other recreational options that students can experience during the MBBS in Russia.

All the students who have passed out 12th science with BCP that Biology, Chemistry, and Physics are eligible to study MBBS in Russia only if fulfill with the below mentioned aspects:

If your details are complying with the above mentioned criteria, then you are absolutely eligible to study MBBS in Russia.

On receiving stamped visa, you are permitted to fly Russia

Note: Students aspire to study MBBS in Mari state medical university, Russia kindly is informed that there is only one intake every year and seats are limited. Hence, secure your seat immediately to ensure your admission in the top medical college of Russia to study MBBS in Russia. 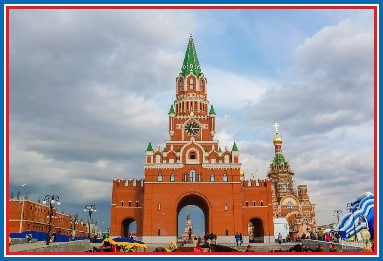 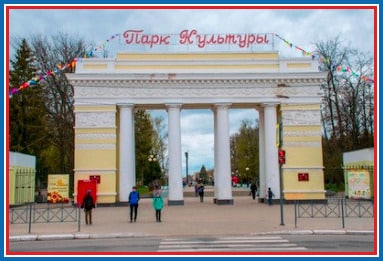